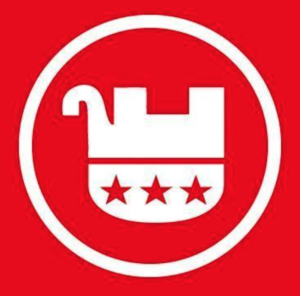 The Republican convention opened Monday with the Colorado and Washington, DC delegations walking off the convention floor in protest over being denied a roll call vote on the Rules Committee report in an apparent violation of convention rules. Several hours later it ended with the speech by Melania Trump that plagiarized Michelle Obama (Politico elected to call the speeches “strikingly similar,” which is a euphemism a guilty student might use to deflect from the fact that plagiarism is intellectual theft). In between was a steady diet of fear delivered by D-List celebrities and politicians, sort of like an apocalyptic version of Dancing With the Stars. If you want a sense of how unhinged it got but don’t care to spend hours watching, just google Rudy Giuliani’s speech and watch any 60 second segment without the sound.

These are the characteristics of Trump and his candidacy: authoritarian, chaotic, dark and narcissistic. Long before Trump was formally nominated on Tuesday, it was clear from the tenor of the convention that the Republican Party had become a Trump subsidiary, a vehicle for venting grievances and asserting the dominance of people who looked like the delegates in the audience. At a normal convention, the nominee tries to appeal beyond core supporters and reach out to attainable voters. This is done by making an affirmative case for the nominee’s candidacy. It’s done by moderating the edgy rhetoric of the primaries and embracing broadly appealing policy positions. It’s done by presenting personal testimonials to humanize the nominee. It’s done by offering an appealing vision of the future. And while there are always political attacks on the opposing party, they are tempered by a positive, upbeat tone and message. The point is to leave the home audience excited and energized and ready to vote for (or think about voting for) the candidate.

What the Republican Party is staging in Cleveland is not a convention in this tradition. It is a tribal event reflecting the id candidacy of Donald Trump. There is no effort or desire to reach out to those who do not believe that America is
under attack by hostile domestic and foreign forces. The convention’s motto could easily be, “we have nothing but fear itself.” There is no promise of an upbeat future, no sense of the best of the American spirit, no moderation of tone, no lightness or humor. Instead, there is pervasive darkness and the assertion that it can only be lifted by the promise of a Trump presidency, which of course is the premise of Trump’s campaign and what binds him to his supporters. There is darkness and there is rage—rage toward those portions of the country and the world that threaten those in the arena.

Hillary Clinton is at the center of that rage. She and by extension those who would support her are viewed as enemies, not opponents. When Chris Christie led the crowd in a mock prosecution of her for a list of dubious grievances he raised the rhetorical temperature of a crowd that had taken to chanting “lock her up” in a primal wish for group vengeance. A Trump advisor said she should be shot for treason. A West Virginia delegate said she should be hung on the National Mall. This is the rhetorical equivalent of the violence condoned and at times encouraged by the candidate himself, a dangerous source of catharsis to those in the room that should be chilling to those concerned about the level of venom in this campaign.

For months we have been talking about the lasting damage Donald Trump would do if allowed to complete his hostile takeover of the Republican Party. Now, with Trump’s formal nomination, it is his party. A vocal minority of delegates may have arrived in Cleveland with hopes of stopping Trump and scores of Republican heavyweights may have stayed home, but these fight or flight reactions have proved unable to stop the transformation of the Republican Party into an organization that represents a shrinking but vocal segment of the angry and aggrieved. The essential characteristics of the Trump candidacy—its bullying, its dishonesty and its appeal to base instincts—are now essential features of the national Republican brand, with consequences bound to last well beyond November.