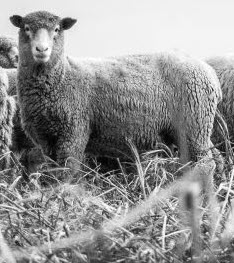 Washington was awash Wednesday in the warm light of bipartisanship as a group of Republican and Democratic senators announced agreement on a framework for an infrastructure bill that could potentially win enough support to overcome a filibuster. It was an unlikely and discordant development coming as it did just hours after Republicans blocked debate on the For the People Act and in the wake of their unified opposition to a bipartisan investigation of the January 6 insurrection. Does it mean compromise is possible in this most toxic political environment? A little perspective is in order:

What we’re seeing is something that looks bipartisan but sidesteps core disagreements. Embracing the negotiated framework is smart politics for a president who campaigned on bringing people together, and on Thursday Biden basked in the positive headlines it produced. But the agreement created a Rube Goldberg contraption of legislative machinery that will now have to operate flawlessly to keep ten Republican senators on board while Democrats negotiate the things that were left out of the bipartisan talks. Republican leadership is not supportive and no one knows what will be in the reconciliation package. None of this resembles what used to be called bipartisan compromise in the days when Congress was relatively functional.

Well that didn’t take long. You may recall that in the Friday Daybook, I questioned whether the heralded bipartisan agreement on infrastructure was genuinely bipartisan (or for that matter truly an agreement). My point was that back in the day when such things were possible, bipartisan agreements brought all parties to the table, addressed everyone’s concerns without making anyone particularly happy, then were approved by the leadership on both sides on their way to becoming law.

That didn’t happen here. Most Democrats want a large bill that includes spending on human infrastructure paid for by higher taxes on the wealthy. Republicans don’t want any of that, so Democrats took it off the table and put it in a separate bill designed to move through the reconciliation process on a party line vote. The resulting “compromise” infrastructure blueprint is essentially a Republican bill that Democrats agreed to pass alongside a Democratic bill they plan to move on their own. The agreement looks bipartisan because it was blessed by a group of Republican and Democratic senators, but it sidesteps the fact that the two parties want mutually exclusive things. This leaves it vulnerable to defections from both sides, making it neither bipartisan nor an agreement.

The sniping began shortly after I hit the “publish” button on Friday. In giving his blessing to the agreement, President Biden made it clear that he would only sign it if it reached his desk alongside the Democrats’ bill. For some Republicans, Biden made that point too emphatically, and by Saturday he walked back the veto threat. But not before Lindsey Graham accused Biden of “extortion” and Mitch McConnell suggested Biden was talking out of two sides of his mouth by praising the bipartisan measure one minute while threatening to kill it the next.

The reason for this confusion goes to the genuine lack of bipartisanship behind the effort. Democrats were pretty transparent about intending to go it alone on the priorities Republicans reject (here’s a Politico report from June 17 discussing the reconciliation measure and putting the potential price tag at $6 trillion). The Politico piece makes it clear that Chuck Schumer was lining up commitments in his caucus for using reconciliation before signing off on the bipartisan agreement.

There are two ways to make sense of why Republicans would agree to the compromise package knowing Democrats were going to put a lot of measures Republicans dislike into a separate bill. One possibility is they planned to claim credit for the smaller bipartisan bill and run against what they would characterize as Democratic overreach in the partisan bill. This is the good faith explanation for why Republicans would be on board with a process that could see Congress approve significant progressive priorities. If Republicans were supportive of letting Democrats go it alone, of course, there would be no need to feign outrage when Democrats have been saying all along that’s exactly what they intend to do.

Or, it’s possible that Republican leadership saw the existence of the negotiated plan as a way to move at least one Democrat off the reconciliation bill and prevent it from happening at all, leaving the bipartisan measure as the only alternative. Progressives would be enraged if this happened, because they would be left to choose between a modest infrastructure package negotiated without their input or nothing. Because something looks better than nothing, progressives would end up accepting the bipartisan bill and Republicans would have forced the Democratic administration and Democratic Congress to do infrastructure policy on their terms. We’ve seen this play before, when progressive Democrats threatened to withdraw support for Obamacare if it didn’t include a public option, only to cave when they recognized how much they would be throwing away.

By insisting on signing the two measures together, Biden put Republicans in a bind if their objective is to block the reconciliation package. He softened his language in an effort to keep the negotiated framework together, because the administration wants the bipartisan arrangement to hold, but at the same time he asserted that both measures will have to pass the Senate before both are acted upon in the House. In other words, there’s no veto threat but also no need for one if the House isn’t going to act on the compromise measure until it gets both bills from the Senate.

Biden sees the dual approach as offering him the best of all worlds – a demonstration that he can work across the aisle and move paradigm-altering legislation through a divided Congess. But it’s already clear that doing these things in parallel is not the same as doing them together. If Biden succeeds, it’s not because we’ve entered a new era of bipartisanship but because Biden successfully used the veneer of bipartisanship to outmaneuver congressional Republicans.