Wolves and SheepPolitical analysis from outside the Beltway 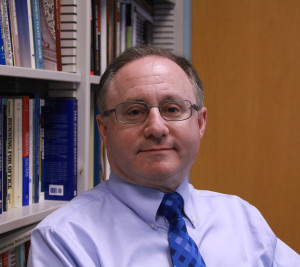 Bloggers have been my subject for over a decade, but only at the insistence of my family did I reluctantly agree to join their ranks. I write about politics and the media, and have been doing so since leaving behind a brief career in radio and television news to become a student of the political process. During the day – and on many evenings – I am a professor of political science at Villanova University, where through the summer of 2020 I also hold the absurdly long title of Interim Associate Vice Provost for Teaching and Learning. As a professor, I have written or edited nine books about American politics, initially on the detrimental effects of television on political engagement, more recently about the emergence of movement politics in the blogosphere and on social media. My latest book, Next Generation Netroots: Realignment and the Rise of the Internet Left, co-authored with Daily Kos Senior Campaign Director Chris Bowers, treats our unstable politics as symptomatic of a political realignment in which Internet activism is playing a critical role. I learned how to write as an English Lit major at Binghamton University back when it was still called SUNY-Binghamton, and was trained in political science at the University of Michigan.