Join Wolves and Sheep author Matt Kerbel for a live lunchtime discussion of the state of our politics on Thursday May 5 at Noon Eastern Time. This is a critical moment for democracy, and we’re going to talk about it. Enjoy an outside-the-Beltway perspective on the Biden administration, the state of the Republican Party, prospects for the sustained viability of the republic, and other light topics. Free to Wolves and Sheep Extra members. You can register here.

For the past eleven months, I have been saying that we will need to extract Donald Trump from office following his defeat in the November election. My premise is and has been that Trump’s behavior as president made it a virtual certainty that he would reject the results of an election he lost and do everything possible to hold on to power between Election Day and the inauguration. You can find the complete series here, here, here and here –or just keep reading, because I will use this post to synthesize my argument and gauge where we are in the

It’s been two weeks since election day and ballots are still being counted, but enough details about the 2020 electorate have emerged to support informed speculation about why the blue wave that was evident across virtually all pre-election data did not materialize. Notwithstanding voter suppression efforts of the known or unknown variety that may have influenced the result, the outcome was dramatically shaped by Trump voters who turned out in numbers far exceeding projections and way in excess of what we saw in 2018. None of the turnout models and almost none of the pre-election surveys captured a red rip 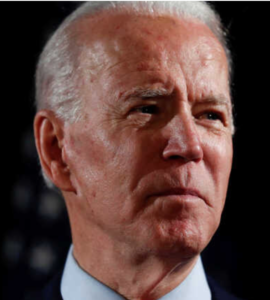 It was not a wave. It was not a repeat of 2018. For a few hours it felt like it could be a repeat of 2016. In the end, it was a slugfest between two closely matched halves of an electorate seeking to impose their irreconcilable differences on the other, resulting in the election of a man who has pledged to bring them together. And it dislodged Donald Trump from power.  For over a year I had been staring at data that told me Joe Biden would defeat Donald Trump in a historic landslide, taking down the Republican Party and

With less than a week to go before Election Day, the Democratic presidential ticket is campaigning in Georgia and Texas, while the Republican president and vice president are in Nebraska and South Carolina. That’s all you need to know about what the two campaigns think about the state of the electoral map. Biden is on offense in ten states where strong turnout could provide him with a broad and decisive victory. Trump is scrambling to find electoral votes wherever he can while trying to hold on to states that should have been put away long ago. This is the sort

Donald Trump and Joe Biden are making their closing arguments as the campaign enters its final week, which is a bit strange to say because as I write these words the election is already over for about 40% of the likely electorate. Through early voting and mail-in ballots, over 60 million people have locked in their preferences, and as the week progresses that figure will continue to rise. Between the pandemic and off-the-charts enthusiasm to render a verdict on this most abnormal of administrations, early voting is progressing at an unprecedented rate. By Monday morning, Texas had already seen turnout

Donald Trump is scared. He has spent the month of October telegraphing his fear, oscillating wildly between grandiosity and desperation as he negotiates with himself about how to confront the humiliating rejection of epic proportions that he senses is barreling his way. One moment he fancies himself invincible, reportedly thinking of emerging from Walter Reed Hospital in a Superman t-shirt; the next moment he is begging the suburban women who are poised to deliver a fatal blow to his presidency to “please like me.” His “fight or flight” impulses are getting a public workout as he directs his white nationalist